The new foundation aims to analyse the underlying causes of the societal challenges in the 21st century, to encourage the development of new solutions, and to shape social change.

Hamburg/Berlin, 27 February 2018. To promote interdisciplinary research into the major societal challenges of our times is the aspiration driving the “Humanities & Social Change International Foundation”, which is unveiled in Berlin today by the Hamburg-based entrepreneur Erck Rickmers (53). “I consider the world to be in a state of crisis – ecologically, economically, politically, culturally and spiritually,” said Rickmers. Committed to the guiding principles “Understand – Inspire – Change”, the foundation aims to analyse the underlying causes of the societal challenges in the 21st century and to encourage the development of new solutions, and thus to actively shape social change. 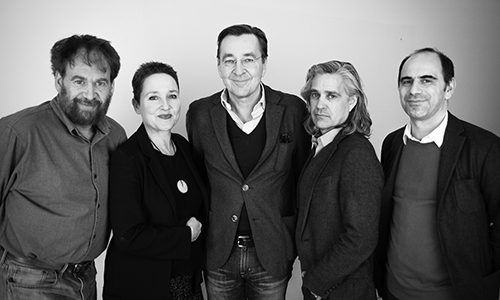 Humanities & Social Change is establishing and funding an international network of initially four research centres. These include centres at the Humboldt-University zu Berlin, the University of Cambridge, the University of California and Ca` Foscari University of Venice. “I am delighted that we have been able to attract these leading universities and prevail upon such distinguished and internationally renowned scholars and scientists to take over as directors of the four research centres,” said Erck Rickmers.

The aim of the foundation and its initiatives is to champion the importance and influence of the humanities and social sciences in public discourse concerning the challenges facing today’s societies. In light of the increasing power of technology in all areas of life, this interdisciplinary approach will create a more intense and productive interconnection between the humanities, the natural sciences and technology.

“In this quest to find constructive solutions, the international scholars will actively seek to engage in direct dialogue with representatives from the world of politics, economics, the media, literature and the arts,” Rickmers said.

Public symposia, lectures, confidential panel discussions and art projects will prove to be ideal platforms for an exchange of ideas with various target groups.

The Hamburg-based Humanities & Social Change International Foundation gGmbH (HSC) is a privately financed, independent and non-partisan institution. Its aim is to champion the importance and influence of the humanities and social sciences in public discourse on the challenges facing today’s societies. HSC maintains four international research centres, each with its own thematic focus. These are based at the Humboldt-University of Berlin/Germany, the University of Cambridge/UK, the University of California, Santa Barbara/USA and Ca‘ Foscari University of Venice/Italy. HSC is funding the work of around 40 academics and scholars at these four locations and has allocated an initial budget in the double-Digit million range for a period of five years.

Committed to the guiding principles “Understand – Inspire – Change”, the academic work conducted at the four research centres aims to analyse the underlying causes of societal challenges in the 21st century, encourage the development of new solutions and thus actively shape social change.

Erck Rickmers comes from a North German family of entrepreneurs who have been active in shipping, trading and industry since 1834. In 1988, at the age of 24, he set up his own business. Today, his activities in the fields of real estate, corporate equity investments and shipping are managed by E.R. Capital Holding.

From 2011 to 2012 Erck Rickmers was an elected member of the Hamburg State Parliament. He chaired the committee on economics, innovation and media and was a member of both the budget committee and the committee on public enterprise. Rickmers and his family lived in the USA from 2015 to 2017, during which time he completed a graduate programme in Religious Studies at the University of California, Santa Barbara, where he was awarded a Master of Arts (MA) in the summer of 2017. Rickmers is married to Cristina Sartori, who hails from Bergamo (Northern Italy). The couple has five daughters.