Gaia Giuliani: ‘Exterminate all the Brutes’. For an Intersectional and Postcolonial Critique of Anthropocene

Gaia Giuliani: ‘Exterminate all the Brutes’. For an Intersectional and Postcolonial Critique of Anthropocene

We are getting ready to launch the fourth “Environmental Humanities Seminar and Lecture Series” which begins with an online seminar organised in collaboration with Bridges: Intersectional knowledge in action

Gaia Giuliani, from the Center for Social Studies at the University of Coimbra (Portugal) will discuss “‘Exterminate all the Brutes’. For an intersectional and postcolonial Critique of Anthropocene”.

This seminar is based on the reflections contained in the author’s latest volume Monsters, Catastrophes and the Anthropocene, and develops a postcolonial critique of the discourses on crisis, precariousness and catastrophe produced in the global North and more specifically in Europe. These reflections are organized into three sections: the first focuses on the crisis generated by what the author calls “the questioning of the History that the European and Western ‘We’ has produced caused by migrations to Europe and the West.” This section reads the fear of invasion as a fear of the subversion of those boundaries that the “We” has erected to relegate to silence the memory of colonial violence and thus avoid the revenge of the and the colonized. The second section examines the crisis caused by the “subversion of the Geography of We” that the global North sees as determined by the encroachment of the effects (materialized as much in migrations as in catastrophes), logics and dynamics of the Anthropocene into its “safe” space. The last section focuses on the “fears of catastrophe” understood in European and Western public discourse as the “end of humanity”, i.e. the end of the world dominated by the West, by its inequalities and hierarchies. The seminar ends by proposing a feminist and decolonial political project structured by practices of “care”, “care of the self” and “care of the Earth”.

To sign up for the seminar and receive the Zoom link, please visit the event page on Eventbrite. Participants will receive by email the link to participate one hour before the beginning of the seminar.

This event is in English. 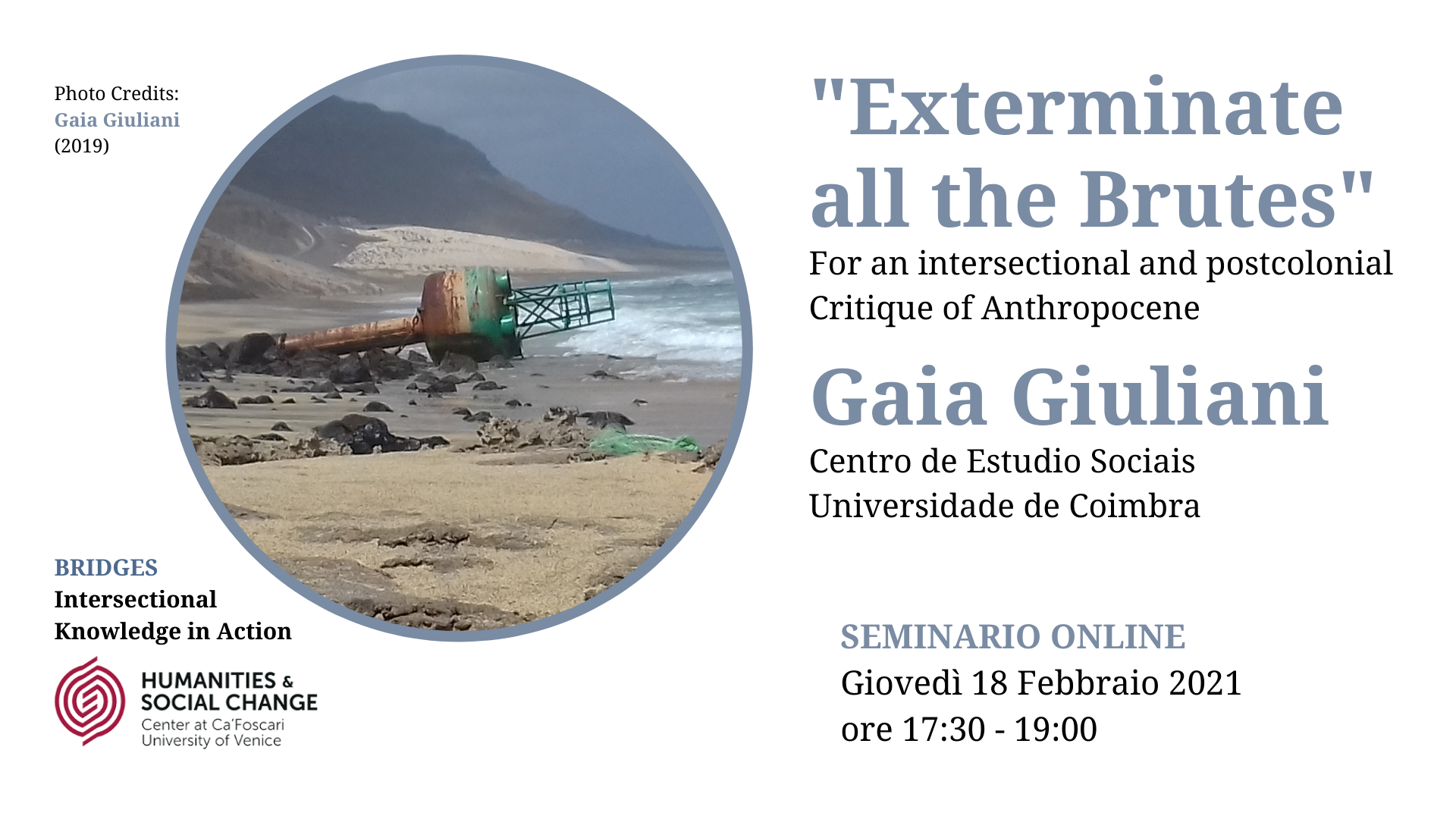 Online. Please sign up via Eventbrite to receive the Zoom link.

This event is in English