If you would like to participate, please email hsc@unive.it to receive the access code to the online seminar and/or a preview copy of the presentation.

Pablo Mukherjee teaches on the English and Comparative Literary Studies program at the University of Warwick, and is the author, among other titles, of Natural Disasters and Victorian Imperial Culture: Fevers and Famines (Palgrave Macmillan, 2013 and (With WReC) of Combined and Uneven Develeopment: Towards a New Theory of World-Literature (Liverpool University Press, 2015).

You can read more about Pable Mukherjee here.

The seminar is in English.

What do Postcolonial Studies and Energy Humanities have to stay to one another? Given that the former is by now a well-established academic field and the latter a recently emergent one, we might expect the relationship between the two to be marked by wars of position and anxieties of influence. In this essay, however, I suggest that there is much to gain from cross-fertilisation and cross-hatching between the two. if Postcolonial Studies have often been accused of evacuating the matter of history from its purview, Energy Humanities has sometimes suffered from insufficient attention to the dynamics of empire. In this paper, I traverse one of the many common grounds between the two fields – Justice.

Ideas and concepts of justice lie at the heart of both appraisals of colonialism/imperialism, and of our concerns with the use of energy in a climate-altered world. By comparing two classic colonial texts from 19th-century South Asia by Rudyard Kipling and Dinabandhu Mitra, I argue that the intersections between energy and empire had already been examined thoroughly by writers long before the formation of the academic disciplines that today take them as their area of study. As ever, it is to literature and culture we must turn in order to appreciate the limits and possibilities of theory. 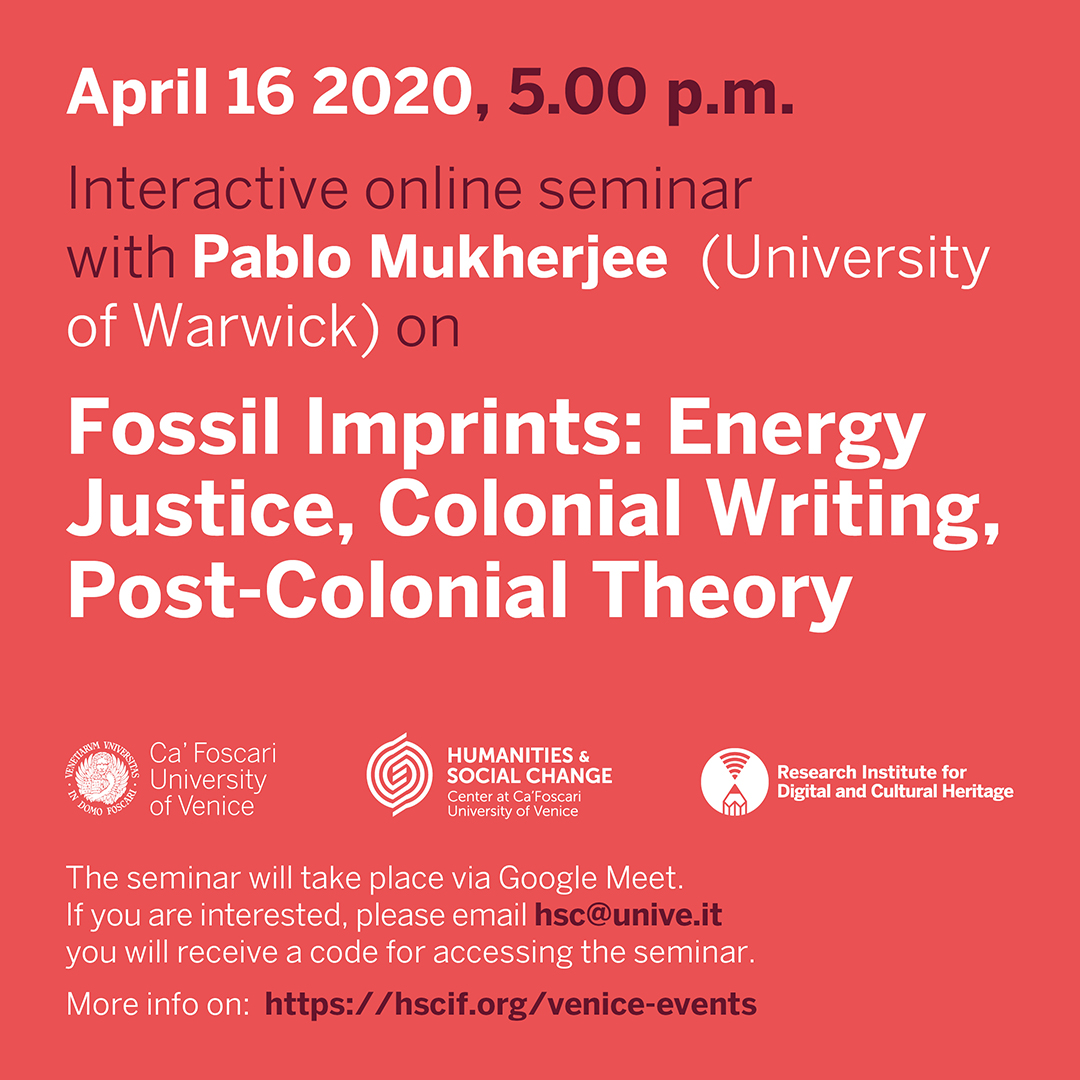