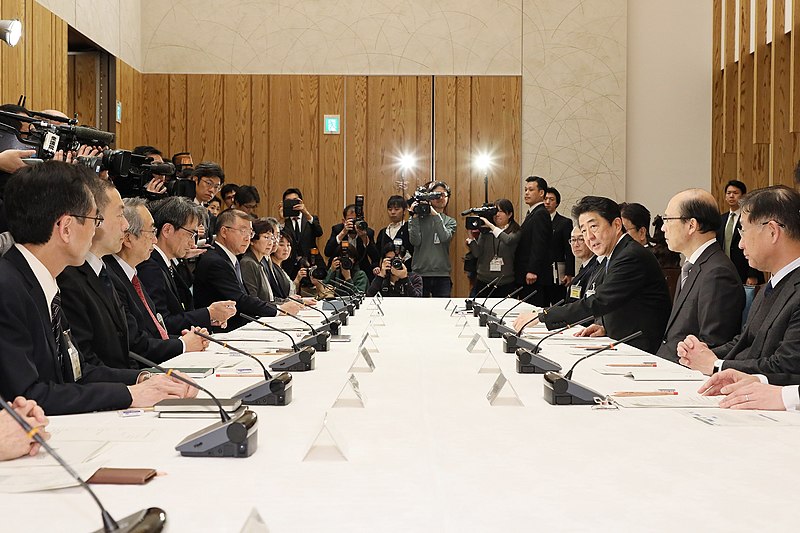 Reading Elizabeth Anderson in the time of COVID-19

The pandemic is a good time to reflect on expertise (if you have the luxury).

During this particular emergency, governments appear to pay heed to experts. Or at least they do now that the extent of the crisis is clear. The public and the media show them respect and even reverence. This is especially true of physicians and public health scientists, especially epidemiologists and virologists. To a lesser extent, social scientists specializing in behavior and networks weigh in on how to organize life under partial or complete lockdown and how to make this lockdown effective. Economists are voicing ominous warnings on the magnitude of changes to come.

One tempting conclusion is that after decades of being dismissed or scrutinized for their various weaknesses, experts are back with a vengeance. Indeed, it is striking how much more trust politicians and the public are willing to place in epidemiology than, say, in climate science. It is possible that after COVID-19 is overcome, this halo effect will last and many experts will enjoy greater trust, not just the ones whose advice was particularly relevant during the pandemic.

But this prediction may be wishful thinking. The UK government’s abrupt U-turn from mitigation to suppression, while officially justified by scientific advice, is more likely a result of internal rebellion and external criticisms. The critics of mitigation have appealed to a medley of scientific, ethical, political considerations against the pursuit of ‘herd immunity’. Some expressed astonishment at the fact that the UK experts arrived at advice so different from most other countries which overwhelmingly backed suppression. The radical uncertainty about how the epidemic will develop, the disagreements about how to ‘flatten the curve’ and contain further damage, as well as the now familiar bouts of fakes, misinformation and politicization of expertise, all undermine the optimistic ‘return of the experts’ narrative.

Even if the position of the experts after the pandemic will be stronger, this is not a reason to forget how complex and hard-won epistemic authority is. Public health scientists that are now considering strategies of containing the pandemic rely on models with inevitably speculative assumptions. Furthermore, in order to make inferences from these models, they have to make judgments about the appropriate levels of harm to the public, the acceptable numbers of dead, the tolerable restrictions on freedom, the likely behavior of masses under lockdown, and so on. These judgments are uncertain and controversial, and disagreements between different experts are often intractable. So even if experts are back, their return should not herald their rule.

Professor Elizabeth Anderson of the University of Michigan is a moral philosopher known for her work on expertise and the politics of knowledge. Her writings are a must for anyone who cares about how to define expertise, whether expertise can and should be challenged by laypeople, and what is the proper place of experts in a democracy. Her ideas are as relevant as ever and we recommend two papers in particular. These are classic Anderson papers many of us know and love: they start with a theoretical claim and then illustrate it with historical and contemporary examples of expertise in action.

In this paper, Anderson observes that responsible public policy in a technological society must rely on complex scientific reasoning, which ordinary citizens cannot directly assess. But this inability should not call into question the democratic legitimacy of technologically driven policy. Citizens need not be able to judge whether experts are making justified claims, but rather they need to be able to make, what she calls, reliable second-order assessments of the consensus of trustworthy scientific experts. Her case study is anthropogenic global warming and she argues that judging the trustworthiness of climate experts is straightforward ‘for anyone of ordinary education with access to the Web’.

This is a paper on how institutions make knowledge, both theoretically and in practice. Theoretically, Anderson reconstructs democracy as an epistemic engine through deliberation and votes, arguing that democracy’s success in this task is due to the experimental nature of its institutions, just as John Dewey taught. Her case study is based on Bina Agarwal’s account of community forestry in India and Nepal. Its initial exclusion of women resulted in failure to solve the problem of firewood and fodder shortages.

We recommend reading these papers alongside Anderson’s answers to our questions below. We asked her to answer questions about these topics and she sent us her answers before the pandemic struck. Her reflections are on expertise and democracy in general, not on how it has played out in the last weeks:

1. Considering your research and/or work in practice, what makes a good expert?

2. What are the pressures experts face in your field?

3. Have you observed any significant changes occurring in recent times in the way experts operate?

4. Do you envision any changes in the role of experts in the future?

Reading these now, it is hard not to draw connections to the story of expertise during the pandemic. Anderson’s conception of a responsible expert – as transparent about value judgments, respectful of concerns of the public, and properly undogmatic – is a compelling standard against which to evaluate the experts driving the response to the epidemic. But this standard is also tricky to articulate and to apply in the present context. What it would mean for institutions of public health to produce knowledge that is properly representative and practical? Is there a place for citizen science of infectious diseases or does the urgency and danger of a virus like COVID-19 call for a less distributed, more centralised, and frankly a more authoritarian model than Dewey’s? A proper defence of participatory science needs to show that it is not a luxury that can be put aside during crisis, but rather a necessity. This is far from obvious. What could a citizen science about COVID-19 be? And how can such science command trust in an age of misinformation?

In an email on March 26th Anderson added that citizen science on COVID-19 is already happening:

We also wonder how Anderson’s view that the trustworthiness of experts is a second-order question (recall she argues that the public need not know the science to trust the experts), help us to understand the trustworthiness of epidemiologists in the time of COVID-19. How do they marshal as much trust as they do, at least once they do, and what accounts for the contrast with, say, climate scientists? Is epidemiologists’ knowledge or character somehow superior to that of so many other distrusted experts? Or is there something about the clear and present urgency of a pandemic and the vividly obvious threats to one’s own life that makes an expert on it trustworthy? (We mean to say trustworthy, rather than trusted, because, as the precautionary principle recommends, when the risk of tragedy is high, it is appropriate to act on less evidence than otherwise.) If so, the proper response to climate scepticism is not better science or better experts as such, but a better representation of urgency and crisis.

There is much more to say and in the coming weeks the Expertise Under Pressure team will be publishing our own and invited commentary on the role of experts during this pandemic. But the writings of classics such as Elizabeth Anderson are an obligatory passage point.

The Expertise Under Pressure team