The Venice Center for the Humanities and Social Change in collaboration with Bollati Boringhieri presents Edward Wilson-Lee in conversation with Maria Del Valle Ojeda Calvo and Igiaba Scego about his latest book, The Catalogue of Shipwrecked books (published by William Collins in the U.K, Scribner in the U.S.A and recently in Italy by Bollati Boringhieri)

THE CATALOGUE OF SHIPWRECKED BOOKS tells the scarcely believable––and wholly true––story of Christopher Columbus’ bastard son Hernando, who sought to equal and surpass his father’s achievements by creating a universal library that would harness the vast powers of the new printing presses and bring every book in the world together in his library in Seville. (…) But the library he produced was much more than just an information-crunching machine: it was an artefact moulded by his life and the age in which he lived. During his immensely eventful life (…) he also amassed the largest collection of printed images and of printed music of the age, started what was perhaps Europe’s first botanical garden, and created by far the greatest private library Europe had ever seen, dwarfing with its 15,000 books every other library of the day. This first major modern biography of Hernando––and the first of any kind available in English––tells an enthralling tale of the age of print and exploration, a tale with striking lessons for our own modern experiences of information revolution and Globalisation.

A review of the event (by Andrea Carboni, in Italian) here 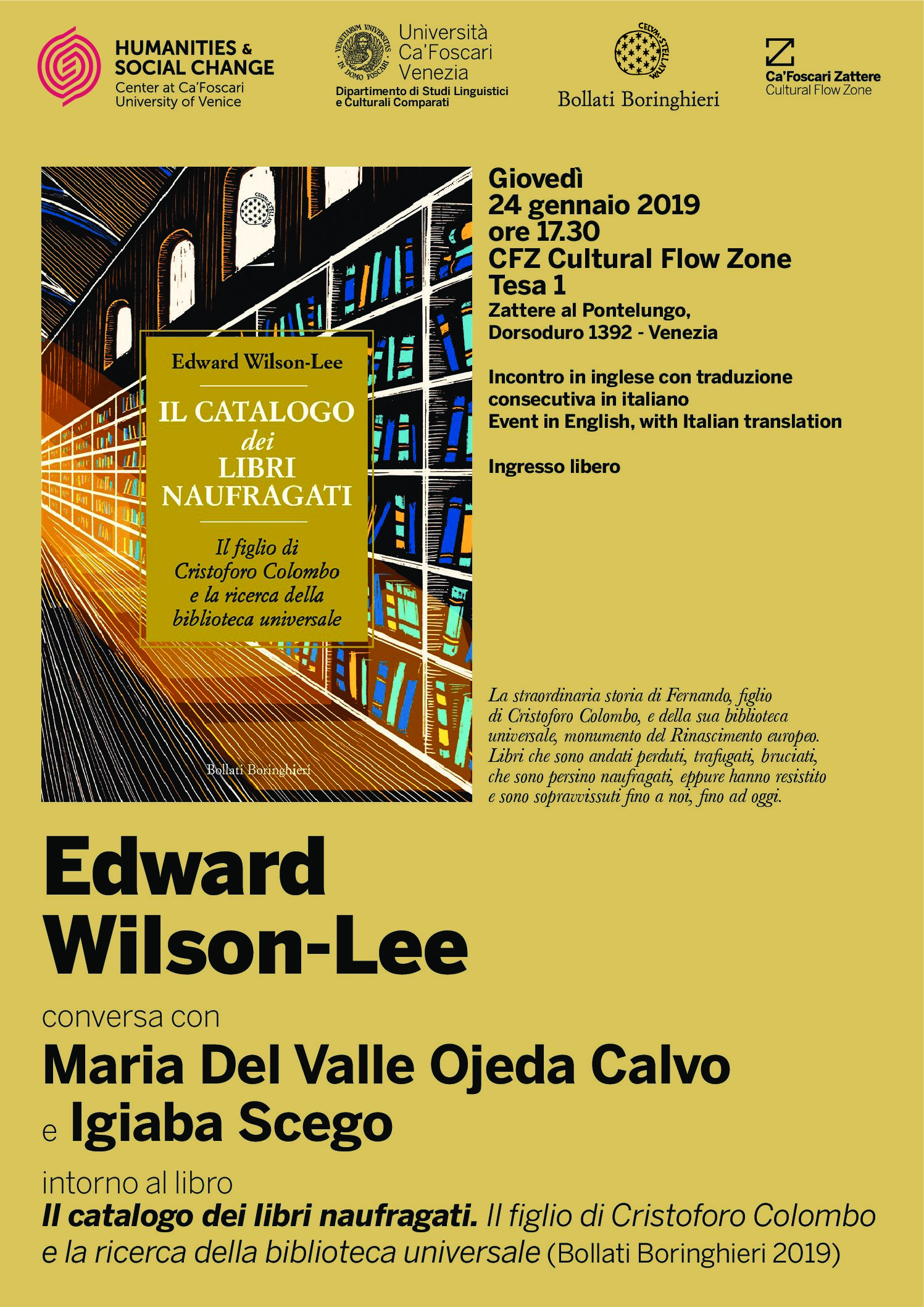